Don't know how to install? watch the video below

In this video we teach you how to install the program on an Android phone easily and quickly, remembering that our programs work on Android and Windows.

How to monitor a device?

Go to download page
1
Download
Download wSpy pro on the phone you want to monitor
2
Install
Install the Monitoring App on the desired device.
3
Panel
Log in to wSpy Pro Control Panel to start monitoring

Protect your family from Internet dangers

See what your child is doing on the internet, the websites they visit, who they chat with, their real-time location and much more.

Increase your employees' income by about 40%

Track what your employee does in real time from wherever you are, keep your company safe and increase the productivity of your employees

In the sections below you will find out how Spy Facebook step by step installing the application.

The Spy Facebook it is simple to use and installs quickly, in less than 3 minutes. THE Spy Facebook it works completely hidden, has no icon, is not accessible, does not emit sounds or notifications, and does not change the performance of the target device, whether on the internet, battery or memory. The program is completely hidden in the settings, as if it were a process of the Android system itself. And this makes it possible Spy Facebook in a hidden and safe way with the best application on the market, one of the most beloved and most recognized. Everyone who experiences Spy Facebook recommend to friends. Best of all, of course, is that the Spy Facebook can be installed completely free of charge and simply.. See more details on how Spy Facebook below. 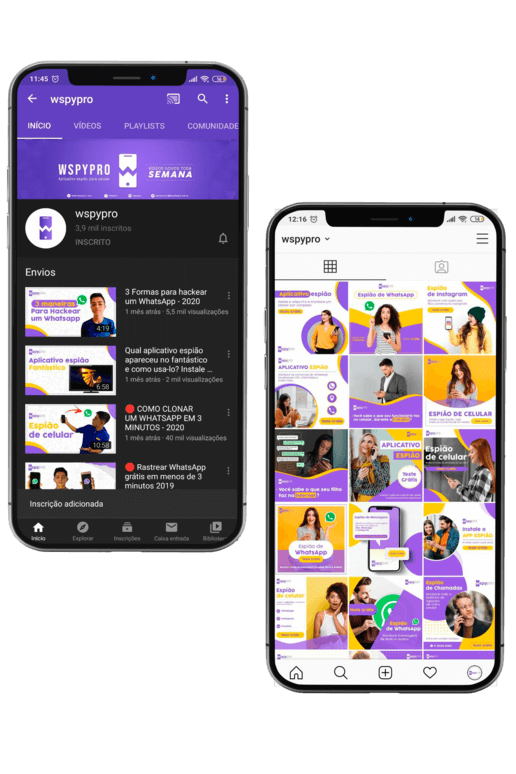 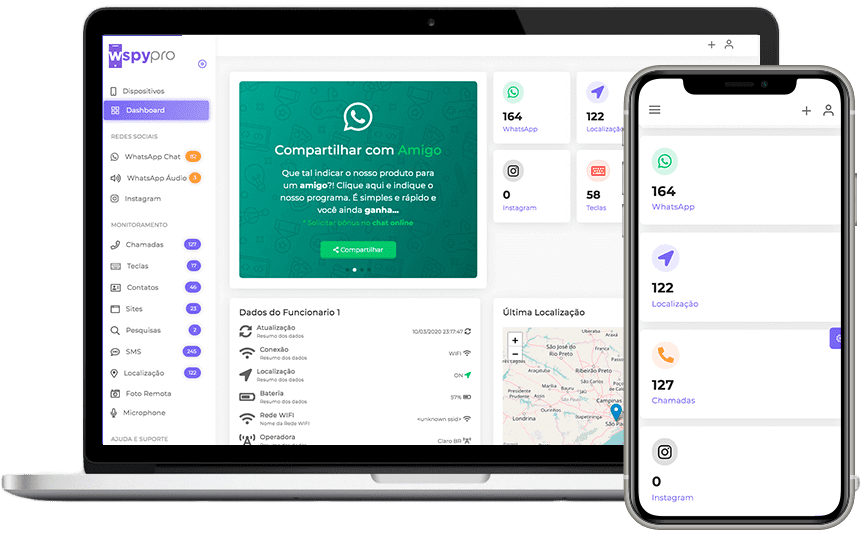 For Spy Facebook you must first have access to a person's cell phone that you want to monitor.

What you need to know before installing the app Spy Facebook

Don't worry, your device doesn't need to be rooted in order to install Spy Facebook.

If you got here Happy birthday! It's all set and you can enjoy all the features of Spy Facebook.

See the Plans with 30% discount

Payment by credit and debit card

The Spy Facebook does not locate stolen cell, since you should install the Spy Facebook on the cell phone you are going to monitor, Spy Facebook is installed, and your phone has an internet connection and has not been restored, you can Spy Facebook.

The Spy Facebook is always evolving, and has additional functions without the customer paying anything for it, whenever a new update of the Spy Facebook the client is advised, how to install the new version and the new functions.

In the panel you will have access in chronological order, that is, the most current messages will be the first one to appear for you in the call list, but do not worry, it will be very easy to identify because all will have the dates, and the message time, the phone, contact name if saved in the phone book, and also the contents of the conversation.

Full conversations
It is a complete monitoring of Whatsapp conversations.
Sent or Received
We will also inform you if the message has been sent, or received, important information.

In the panel you will have access in chronological order, that is, the most current call will be the first one to appear for you in the call list, but do not worry, it will be easy to identify because all will have the dates, and the time of the call, phone number, contact name if saved in the phonebook, and also the length of time the call was connected.

Records
It is a complete link log monitoring, it does not include audio.
Sent or Received
We will also inform you if the call has been made, or received, important information.

Spy Facebook monitors ambient audio on the cell phone where the application is installed.

In the online panel you will have access to a command to start the recording in the duration of 30 seconds, even if the cell phone is off or not being used by the user, the recording is done, it is only necessary that you have internet and connected. The closer the phone is to the mouth of the speaker, the better the audio will come out.

Environment Listening
Listen to conversations that are being made quickly.
Compatibility
Compatible with android from version 5.0.

Spy Facebook monitors the device's GPS, for that this function has to be activated on the cell phone.

It will have a panel location update every 10 minutes if the device changes location at least 1 km away. That is, if the person remains in the same place, there will be no need for the program to show the same location several times, when the person changes places if this change is of meters, for example, from the living room to the bedroom, it will not change on the panel either , as it is at the same address.

GPS
Get the exact location within minutes of your mobile.
Real Time
Real-time(Depends on the internet of the device) monitoring of each monitored site.

Spy Facebook monitors what is typed via keyboard on the cell phone, with the exception of passwords, regardless of the application, wSpy Pro will monitor, whether on Instagram or Mobile Browser, you will be able to follow everything.

The program monitors and maintains the history of keystrokes, in other words, you'll be able to view what was monitored at any time, all without having to have root on the device.

Digitações
Monitor everything that is typed on the phone (with the exception of passwords).
Real Time
Real-time(Depends on the internet of the device) monitoring of each monitored site.

Spy Facebook is a software capable of monitoring cell phone contacts, saved in the monitored device's phonebook. On the panel you will have access to this list of contacts organized in alphabetical order, you will also have the option to search by name.

The report is detailed with all the numbers of the same contact, be it cell, landline, work and so on. Monitor all contacts that are on the device at the time of installation, and also those that are added later will be monitored.

Schedule
List of contacts saved in the device, with name and number for each.
Compatibility
Compatible with android from version 5.0.

wSpy Pro monitors SMS from the device, both received and sent. On the panel you will have access in chronological order, that is, the most current message will be the first to appear for you in the SMS list, but don't worry, it will be very easy to identify as they will all have the dates and time, the contact number, contact name if saved in the phonebook, as well as clear message content.

Full conversations
See SMS exchanged between the monitored contacts.
Sent or Received
We will also inform you if the SMS has been received, or sent, important information.

See the Plans with 30% discount

Payment by credit and debit card

Revealing information prior to purchase

You must have the mobile phone you want to monitor to install the software.

Through our real-time(Depends on the internet of the device) website, from any Mobile Computer or Tablet.

We use cookies to provide you with the best experience. By continuing, you agree to our POLÍTICA DE COOKIE.